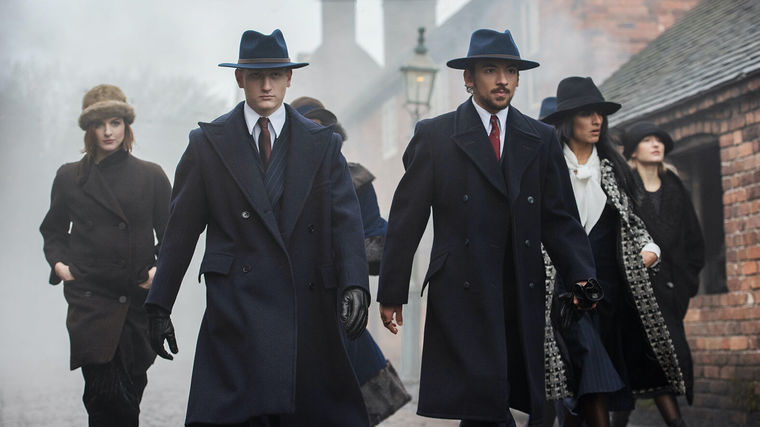 Peaky Blinders: The Redemption of Thomas Shelby will have a London Premiere at Troubadour Wembley Park Theatre between 12 October - 6 November 2022 before embarking on a UK tour in 2023.

Peaky Blinders: The Redemption of Thomas Shelby will feature the 20 permanent Rambert dance company on stage, and a live band playing specially commissioned music and is Rambert’s first collaboration of this kind.

Through dance theatre Peaky Blinders: The Redemption of Thomas Shelby picks up the story of the Peaky Blinders at the end of World War One, following Tommy Shelby and Grace Burgess through their passionate love affair. While Tommy is building his empire, Grace is operating as an undercoveragent for Special Branch on a mission to get close to the heart of Tommy’sgang. As the story unfolds, many heartsare broken.

...You young men of the Tunnelling brigade, you areall dead. Not counted among the dead because your bodies were not buried withthe dead. But dead inside...

Tommy and the Peaky Blinders fought together at Flanders and the show opens in the trenches. Bound by thisexperience, a very personal story unfolds as the Shelby family navigate thedecisions that determine their fate and Tommy is intoxicated by the mysterious Grace.